The 5th China International Import Expo (CIIE) is in full swing in Shanghai from November 5-10. For four consecutive years, the world's leading COFE freshly ground coffee robot has been invited to participate in this world exhibition. On November 8, the industry-famous Shanghai Helium Dolphin Robotics Technology Co., Ltd. officially announced at the launch of new products at the Expo: COFE, a new generation of fully intelligent robotic coffee kiosks with a metaverse concept, has been successfully upgraded and tested. After the expo, it will be promoted to the world.

As the world's leading fully intelligent robot coffee kiosk cofe, it can 100% replicate the exquisite craftsmanship of human professional coffee masters, realize freshly ground drips, freshly extracted cups, and taste 100% comparable to international famous coffee chain stores. This is the world's first coffee robot whose taste surpasses that of human professional baristas. It can be described as a historic breakthrough in the global coffee industry. It caused a sensation in the industry as soon as it came out, and won the European theBest Top Product Innovation Award. Cofe was not only specially invited by the two sessions of the National People's Congress and the Chinese People's Political Consultative Conference to show artificial intelligence into life to all the delegates, but also received extensive reports from Xinhua News Agency, People's Daily, CCTV, European, American and Japanese financial media.

Helium Dolphin's flagship product, the COFE robot coffee kiosk, has become the first batch of robot coffee kiosks in China to obtain a fresh food business license after a year-long rigorous inspection and evaluation by the food safety expert team of the China Administration for Market Regulation. At the prototype product stage, it has already begun to take the lead in exporting to Europe, America, Japan and South Korea. At present, COFE robot coffee kiosks have been installed in Shanghai government, hospitals, universities, airports, shopping malls, etc. in China, "24-hour coffee shop that never closes", "popular coffee shop in the next ten years", "champion quality, Civilian price", which has been well received by consumers.

The future belongs to the age of the Metaverse. COFE All-Intelligent Robot Coffee Kiosk Version 4.5 is promoting the unmanned and digital global revolution of coffee shops. A new era of unmanned stores is opening, and the fifth revolution in the coffee industry has come.
The 5th China International Import Expo predicts that in the next ten years, robots will work for humans for free, masters will make services for humans, and robot cafes will receive humans. It will no longer be a dream, but a reality, and cofe will surely win global attention. 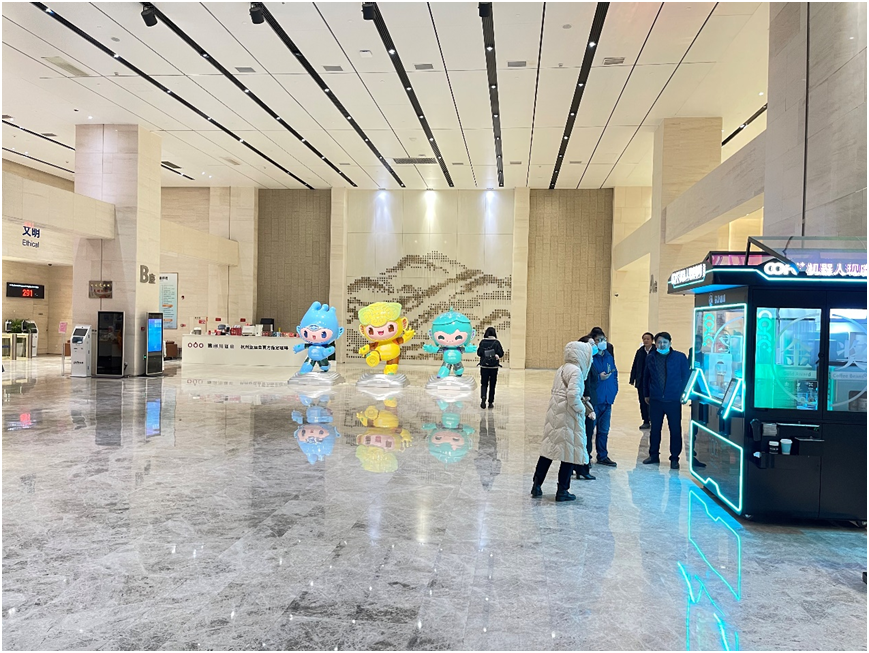